These and other changes have resulted in a reshuffling of the 802.11 Standard chapters (called clauses) in a way that may lead to some confusion to those who study and discuss the 802.11 standard.
The job of maintaining and updating the master 802.11 standards document is undertaken by Task Group “m” (TGm). The accumulated maintenance changes that comprise 802.11-2016 were performed by Task Group “m”, during period “c” (TGmc). This work has resulted in a renumbering of clauses, as they appear in the IEEE Std 802.11TM-2016* document and its Table of Contents. 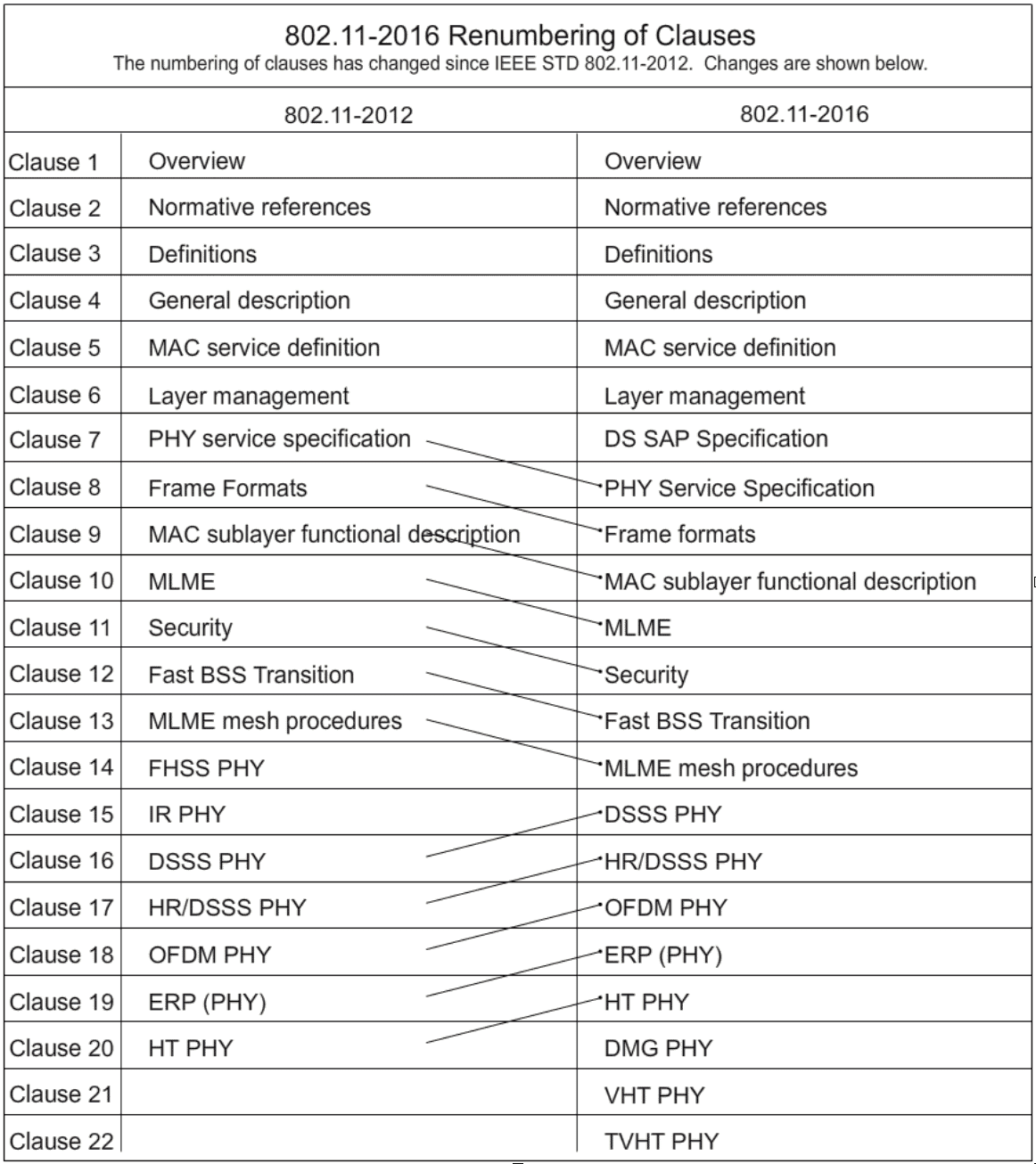 The addition of three new PHY layer amendments to the 802.11-2016 document fills out the changes to the Table of Contents in this new document.

The amendment produced by Task Group “ad” (TGad) which is also referred to as 802.11ad-2012 Very High Throughput in 60 GHz has been inserted as Clause 20 – Directional multi-gigabit (DMG).

And finally, the result of the efforts made by the 802.11 Working Group committee labeled as Task Group “af” (abc) created the amendment known as 802.11af-2016 Sub 1 GHz. This amendment was assimilated into the standard as Clause 22 – Television Very High Throughput (TVHT).

The additional non-PHY specific amendments such as 802.11aa, 802.11ae, and 802.11ai are not given standalone clauses but instead are found interleaved throughout the other clauses and annexes. The best way to identify these changes is to search the individual sections of the amendment within the paragraphs of the current published standard.