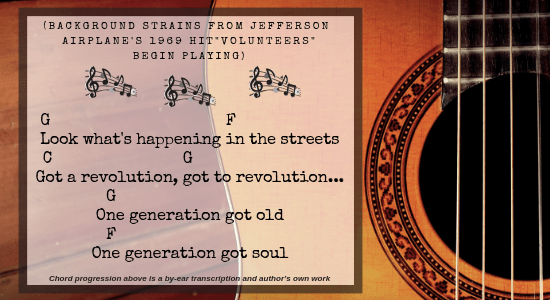 The revolution starts October 23rd!  Are you ready for the biggest change to affect the soul of Wi-Fi since 802.11a expanded into the 5 GHz band, in 1999?  History is about to repeat; that is, if the FCC keeps Chairman Ajit Pai’s promise.  In his Oct.1, 2018 post Chairman Pai stated:

“As Wi-Fi has become more popular, so has the demand for more unlicensed spectrum to accommodate this traffic. Last year, the FCC launched an inquiry on how to expand unlicensed use in the 6 GHz band. Based on this study, I’m proposing new rules allowing unlicensed devices to use this band. My proposal would promote efficient use of spectrum that may otherwise not be used at all?  And it could make over 1 gigahertz of new unlicensed spectrum available. This last point bears elaboration: this massive amount of spectrum could enable faster Wi-Fi connections and substantially expand the reach of Internet access providers that use unlicensed spectrum, like small, competitive fixed wireless companies.” [1]

As mentioned in Chairman Pai’s blog, this issue has been tentatively scheduled for discussion as item number one at the upcoming October FCC Commission meeting, according to the following announcement:

Federal Communications Commission Chairman Ajit Pai announced that the following items are tentatively on the agenda for the October Open Commission Meeting scheduled for Tuesday, October 23, 2018:

This message signals the beginning of a new way forward with Wi-Fi.  Wireless local area networks (WLANs) are the preferred method of data communications in the home and office.  But due to the limitations of coexistence mechanisms and channel capacity, WLANs have never been able to achieve the speed and reliability of wired LANs.  But with the possibility of up to 1250 MHz of new spectrum becoming available those limitations may soon be forgotten.  What makes this offering so alluring is that it comes just at a time when development of the newest PHY/MAC layer amendment to the 802.11 standard is solidifying, but it’s still not too late in the process to build compatibility with the 6 GHz band into the finished amendment.  In fact, Task Group “ax” (TGax) has been burning the midnight oil to add support for 6 GHz channels since July 2017 (see Smoking Gun below).

802.11ax will be the next generation of Wi-Fi.  It’s expected to be completed in December of 2019.  As its PAR name of High Efficiency WLANs (HEW) suggests, the emphasis of TGax is to make Wi-Fi, not just faster but more efficient.  This goal is especially targeted at high density and multi-user environments.  The list of current 802.11ax main features is as follows:

These features have been touted for many months through popular reports and presentations on the subject.  In July 2018, 802.11ax Draft 3.0 received initial approval by Letter Ballot from the 802.11 Working Group.  That approval was the greenlight for some manufacturers to start releasing commercial products based on the most stable of these features.

In order to explain the status of 802.11ax regarding the IEEE 802 Standards Development Lifecycle, as explained in Future-Fi – Chapter 1 of this series, you can open a link to the 802.11 Project Timelines website [3] and look at the last entry of “IN PROCESS – Standards, Amendments, and Recommended Practices”.  Here you’ll see the current status in the life cycle for 802.11ax.  The following graphic will help to explain some important milestones on the Timeline, with numbered indicators for easier reference.

As you can see, while the release of 802.11ax is coming soon, there’s still time to make significant additions to the framework.

In July 2017, an interesting event occurred by way of a PAR modification request from the TGax committee to the 802.11 WG.  In this submission it was requested that TGax be permitted to change the operating frequency designation which was, at that time, set from 1 GHz to 6 GHz (See Section 5.2.b below).

Changes in scope of the project:

5.2.b. Scope of the project:  This amendment defines standardized modifications to both the IEEE 802.11 physical (PHY) layers (PHY) and the IEEE 802.11 Medium Access Control layer (MAC) that enable at least one mode of operation capable of supporting at least four times improvement in the average throughput per station ( measured at the MAC data service access point) in a dense deployment scenario, while maintaining or improving the power efficiency per station.

This amendment defines operations in frequency bands between 1 GHz and 6 7.125 GHz.  The new amendment shall enable backward compatibility and coexistence with legacy IEEE 802.11 devices.”

This was the first evidence that the 802.11 WG had advance notice of impending changes to the regulatory restrictions and was the first step needed to allow 802.11ax to be repositioned to take advantage of the new spectrum allowances now being announced.”

This change to expand into the 6 GHz band is, at least in part, the reason for the Wi-Fi Alliance’s new naming terminology whereby 802.11ax is referred to as, “Wi-Fi 6”.

And that may not be all

In addition to the good news hinted at by Chairman Pai, another recent announcement by another FCC official brings hope of even more frequency allocations in the UNII-4 band.  During a conference in Boulder, CO. on September 6, 2018, FCC Commissioner Jessica Rosenworcel made the following statements:

“Earlier this year, it (Congress) asked the FCC to identify 100 megahertz of spectrum below 8 GHz for unlicensed use. To meet this threshold, we need to take another look at the 5.9 GHz band. It’s the ideal place to explore Wi-Fi expansion because it’s adjacent to an existing unlicensed band. That means we have the opportunity to introduce new wideband channels—channels that will be able to take advantage of new standards and deliver speeds even faster than 1 gigabit per second. In other words, this is where we can develop next generation Gigabit Wi-Fi.” [4]

If by some miracle, all of these promises come true, we could be slathered in Wi-Fi channels. In order to appreciate the magnitude of these new spectrum possibilities, see the next image.

Possible FCC Spectrum Allowed for Use by Wi-Fi

The colored rectangles on the left represent existing 5 GHz frequency ranges.  Green boxes are channels allowed for use without DFS/TPC restrictions.  Yellow rectangles are regions required to use DFS/TPC mechanisms.  The red rectangles are frequency ranges that are prohibited to Wi-Fi such as the UNII-2b band.  Then notice the gray rectangles beginning with the one labeled UNII-4 and ending with the one named UNII-8.  This is the entire new spectrum range under discussion.  As you can see, the new area contains more than twice the existing 5 GHz frequency ranges allowed for Wi-Fi.  A grand total of 1250 MHz of new frequency space is contained here.  If provided intact it would be the largest Wi-Fi spectrum allocation in history.  Following is a breakdown of possible frequency ranges and primary license holders we’d be competing with, by sub-band.

That could result in 64 new 20 MHz-wide channels or 92 total unlicensed FCC channels when added to those that exist today.  See the graphic below for a preliminary view of how these channels will be laid out.

The breakdown for all possible 20 MHz channel allocations in FCC regions would be as follows:

Until we receive the official FCC ruling there may continue to be questions about channel usage and coexistence restrictions in these bands.  Further clarification is expected following the October 2018 FCC Commission meeting.

(Leave a comment for me if you’d like a full-sized, printed poster once the channels are finalized ~ Rick)

Meanwhile, work is progressing on how to make 802.11ax, 6 GHz-ready, in time for Sponsor Balloting.  Incorporating this new frequency range into the existing 802.11 protocol won’t come without effort.

We can expect new coexistence mechanisms that protect the incumbent license holders in the 6 GHz band, to be required.  Although, not finalized, these rules may be similar to the DFS/TPC procedures required in UNII-2 band for radar detection and avoidance.  But in addition, there are likely to be new requirements based on Automated Frequency Coordination (AFC) in which newly initialized APs are required to query a geolocation database to identify safe channel and power plans for the local region they intend to operate in.

Also, the huge number of new channels themselves presents a problem for APs and client devices during the discovery phase.  New techniques are being developed to counteract the long association times that would result using existing passive and active scanning methods.  One idea would be to keep all discovery traffic and operations in the 5 GHz band only and then switch the STAs to a matching 6 GHz channel after the client requirements had been identified.

How to use this gift?

Different proposals are under review concerning how the 6 GHz channels will be used.  In fact, we’re likely to see a new generation of tri-band APs and client STAs in the near future, that contain separate, collocated radios for 2.4, 5, and 6 GHz.   Some current proposals in TGax support using the 6 GHz band in much the same way that we now use 5 GHz.  But there are new proposals that recommend using 6 GHz for large or sensitive data transfers only, while keeping the management and control traffic in 5 GHz, when possible.

If even some of these bands are made available for Wi-Fi usage it will be a huge windfall for the Wi-Fi world, but it won’t come without new obstacles to overcome.  With an announcement on the new Notice of Proposed Rulemaking expected shortly after the October 23, 2018 meeting of the FCC, we should know very soon if our Wi-Fi world is about to get a makeover.  And if this move is successful in the U.S., hopefully, we can expect the rest of the world to soon allow unlicensed access to the 6 GHz band.

The upcoming IEEE 802 Plenary Meeting in Bangkok in November 2018 should produce some clarity as to how the 802.11ax amendment will be retooled in order to take advantage of the 6 GHz band.  But, even after the standard becomes amended, we’ll need massive support from the Wi-Fi community including organizations, practitioners, hardware and software manufacturers, and final end users to make this a success.  Watch for a Future-Fi update following the 802 Bangkok Plenary to keep on top of new developments with 802.11ax in 6 GHz”. 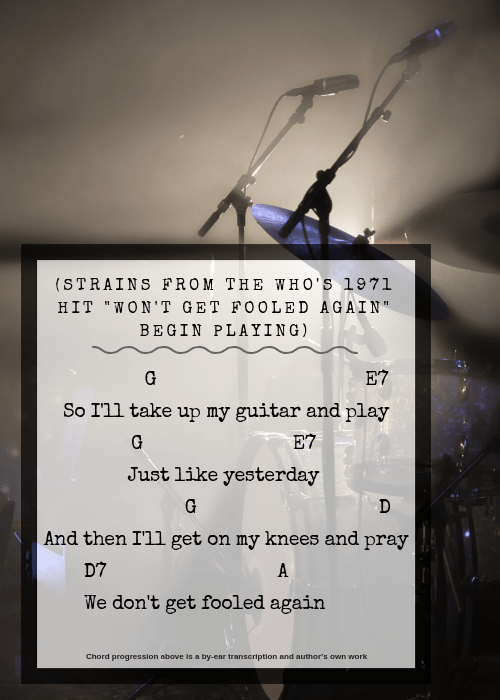 In the next installment of Future-Fi, we’ll take a look at what might be following the completion of 802.11ax.  We’ll review the efforts of a new Study Group (SG) that recently made the jump from Topic Interest Group (TIG) tentatively called, “Extremely High Throughput Study Group (EHT SG)”.  The title for the next chapter is, “What’s Next, after AX?”.  Thanks for reading.