Like the sidewalk under your feet, rock solid and trustworthy, Orthogonal Frequency Division Multiplexing (OFDM) is the foundation that supports all current high-performance wireless technologies, including 802.11n, 802.11ac, 802.11ad, and even LTE. OFDM was incorporated into Wi-Fi with the advent of 802.11a in 2001 and continued within 802.11g in 2003.  As a wireless professional, you’ll be working with OFDM-based technologies for the foreseeable future. The more you understand about OFDM mechanics the better you’ll be able to design and maintain the networks you care for.

Overview of 802.11 Wireless LAN Technologies That Use OFDM

802.11a/g
802.11a and 802.11g are the “tried and true”, classical members of the 802.11 family of wireless local area network (WLAN) products, which are still popular and in use by many Wi-Fi installations. The 802.11a/g standards implement early versions of OFDM. The manner in which these two technologies exploit the features of OFDM is relatively uncomplicated, which makes them good choices with which to begin our exploration of OFDM. Once we have a good working understanding of classical OFDM and are able to visualize its operations it’ll be much easier to understand the changes that occur with more complex technologies such as 802.11n/ac.
802.11n
In development since 2002, 802.11n was officially ratified and published in 2009 for use by the networking community. Because of its advanced features and higher communications rates, there followed a gold rush of activity surrounding that new amendment. 802.11n proved that it could provide much higher data transfer rates than were possible using earlier forms of wireless technologies. The higher speeds of 802.11n were realized thanks to innovations such as Multiple Input Multiple Output (MIMO), wider channel bandwidth options (40 MHz) through channel bonding, and improvements to existing mechanisms such as OFDM. Two specific improvements to OFDM is the way in which 802.11n takes advantage of previously reserved subcarriers and provides an option to reduce the guard interval. To appreciate these improvements, it’s necessary to explore what subcarriers and guard intervals are, in the first place, and learn how they were used previously with 802.11a/g.  In addition, the use of 40 MHz wide channels has a notable effect on how OFDM becomes implemented within 802.11n.
802.11ac
802.11ac is an evolution of several features which were contained but not fully exploited in 802.11n.  The main features of 802.11ac which effect OFDM have to do with the addition of 80 and 160 MHz-wide channel options to the arsenal of performance features available with Wi-Fi.  Except for this, OFDM in 802.11ac is much the same as it is in 802.11n.

OFDM vs. FDM
Before there was Orthogonal Frequency Division Multiplexing (OFDM), there was Frequency Division Multiplexing (FDM), a reliable but slower wireless signaling method.  While OFDM is a multi-carrier, wideband signaling method, FDM is considered a single-carrier, narrowband signaling process. For the sake of visualization, this tutorial will first portray these two multiplexing techniques as if they were two popular forms of guitar rendition, namely, lead and rhythm guitar. The first comparison makes the assertion that FDM shares similarities with the act of playing lead guitar, while the second likens OFDM to the chords produced by a rhythm guitarist. 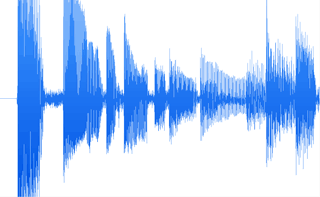 That’s similar to the way in which FDM single-carrier signals are transmitted. In FDM, an input data stream arrives at the transmitter radio chain to be sampled and modulated bit-by-bit, onto a single-carrier channel using some form of phase modulation (BPSK, QPSK, 16-QAM, or 64-QAM). Each modulation event induces a clear and separate pulse, called a “modulation symbol”, onto the transmission medium.

Just as the sound from the guitar travels through the air to reach a listener’s ears, FDM induced signals also propagate over the air interface where they may encounter a receiving antenna. With music, the listener’s ears pass the guitar sound onto auditory nerves, which deliver the sounds to the brain, where the sounds may be interpreted pleasantly (or not). In wireless, the receiving antenna, directs the FDM signal to the receiver’s radio chain where processor chips decompose the modulation symbols back into the original information bits and send them to the higher network layers for interpretation.

In the second example, a rhythm guitarist presses down on several strings at once, while strumming across all or some of the strings. This action produces a “chord” which is a composite sound made up of multiple individual notes played together. Each note still maintains its individuality, but what’s heard by the listener is a melodic, composite sound containing all of the individual notes super-positioned as one. 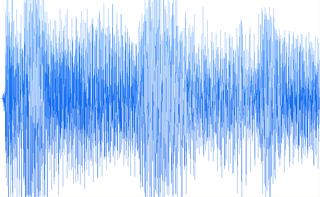 Listen to chords being played on a rhythm guitar:

To play chords, the rhythm guitarist positions fingers on the strings in pre-defined patterns much like an OFDM radio prepares the data stream to be transmitted by performing a serial-to-parallel conversion. The guitarist strums across all of the guitar’s strings to sound the chord, while in OFDM, subcarriers (analogous to the guitar’s strings) are created through a mathematical function called Inverse Fast Fourier Transforms (IFFT).

802.11a/g allows 48 subcarriers to be individually phase modulated to represent bits from the input data stream. Once induced, the individual, modulation symbols combine into a single, four microsecond transmission burst known as an “OFDM symbol”, which is comparable to the chord produced by a rhythm guitar. At the receiving side, the OFDM symbol is recovered and passed to a Fast Fourier Transform (FFT) operation, the inverse of the IFFT operation, which splits the composite OFDM symbol back into its component, modulation symbols. Like the guitar chord, an OFDM symbol, more efficiently packs information bits onto each burst. The bits represented by the modulation symbols are queued and presented to a parallel-to-serial conversion step, resulting in a bit stream that can be copied to baseband and sent up the protocol stack.

You can think of the way that OFDM is used in 802.11a/g, as a rhythm guitar with 48 strings. That gives a clear, high-level, auditory and visual analogy of this use of OFDM. But to be more precise, there are really 64 subcarriers created by the 802.11a/g IFFT/FFT functions. It’s just that, only 48 of them are used to carry user data.